You Are Here: Ulrike Schmitt 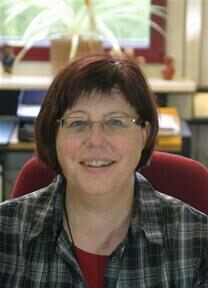 Having studied English and French at RWTH Aachen University, Ulrike Schmitt has been on staff as a secretary since 1989. From 1995 - 1996 she stayed for one year at the Torchbearers Centre "Capernwray Québec", Canada, her responsibilities being bookkeeping and assisting the registrar of the Centre.

Her areas at the Institute of Applied Microbiology:

- assisting the head of the institute, Prof. Dr. Blank,

- the usual routine jobs of an administration secretary.